The Misinformation We’re Constantly Exposed To 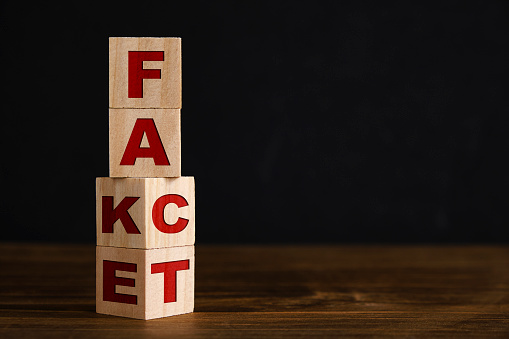 Fitness is an ever-growing industry with so many myths and misconceptions.

Pair that with the internet, where millions of bits of information are uploaded every second, and you got yourself a nice ocean of misinformation, where you can’t tell what’s really true.

And because it can be difficult to tell fact from fiction, we her at Millennial Max have decided it was time to set the record straight!

After doing some research, we’ve compiled a list of five common fitness misconceptions that you may have heard before.

Let’s have a look!

A diet is a plan for day-to-day nutrition, and each person has their own unique needs.

A fad diet claims to work for everyone because it restricts specific food groups or encourages only one type of food with the premise that it is somewhat superior to other types of nutritional approaches.

However, most people cannot stick with these diets long enough to see any real benefits because… Most fad diets are NOT sustainable!

The truth is that no single type of diet is superior to others when calories & macronutrients are equated!

Though keto, vegan, carnivore, or paleo don’t work like magic, they might turn out to be more sustainable for certain individuals, and THAT is the most important thing.

When structuring a nutrition plan, consider your individual needs, caloric intake, macronutrients and ask yourself the most important question – “Can I stick to this in the long term?”

If the answer is yes, shoot!

Contrary to popular belief, fat spot reduction isn’t really possible, though it has been supported by the idea that if you exercise a certain muscle group, the body will use the fat around that area because it’s closest to where energy is needed.

Well, that was a lie.

The truth is that when in a caloric deficit, the lipolytic hormones (hormones that help burn fat for energy) allow you to burn more fat than you store.

However, these hormones circulate with the blood, which circulates through the entire body, making spot-reduction impossible.

Key message – The areas that hold the most fat, will lose it last! Eat in a caloric deficit, train with weights, and stay consistent. This is how you lose stubborn body fat.

For decades, women have been told that they should avoid weightlifting because it will make them “manly.”

But this myth has little to no scientific basis.

In fact, women who lift weights are less likely to be overweight or obese than their female peers who don’t work out at all.

This is because training with weights helps you build lean muscle, which burns more calories even when resting.

Plus, lifting weights can improve your mood by decreasing anxiety and depression—something many women struggle with today.

So the next time someone tells you that you’ll get “big and bulky” if you lift weights, tell them that it’s simply not true and has more benefits than downsides! (Actually, no downsides if done right!)

P.S it will also make you look better naked, regardless of gender, so hey, what’s to lose here?

One of the most persistent myths about food is that carbohydrates are bad. The problem with this myth is that it’s based on an outdated understanding of how we should eat. Carbohydrates have only been demonized in recent decades as a result of low-carb diets and fad weight-loss plans. But carbs aren’t evil: they’re just misunderstood, and when you know what to look for, it’s easy to find healthy ones.

It’s true that some carbs don’t offer much nutritional value, and some even have pretty imbalanced nutrient profiles.

But others are pretty friendly and worth including in your diet!

Remember, the primary function of carbs is to provide energy!

And in fact, when it comes to intense training performance, there isn’t a better energy source than carbs.

Here are our most favorite sources of carbs:

In a world where we have an ever-expanding database of unchecked information (the internet), it is easy to fall for fallacies that sound legitimate.

However, one must always remember to stick to the basic principles of training and nutrition and avoid anything that sounds “groundbreaking,” because quite frankly – We won’t reinvent biology and it will always function as it does!